The Government Shutdown – What could this mean for the upcoming tax filing season?

As the Federal Government has now officially been shut down for the longest length of time in U.S. history and the Tax Cuts and Job Acts is one of the largest tax reforms in 30-years, many challenges are expected for the upcoming tax filing season. Accountants are still waiting on the final word from the IRS for certain regulations of the Tax Cuts and Jobs Act that would affect clients’ 2018 returns, including the 20 percent qualified business income deduction. 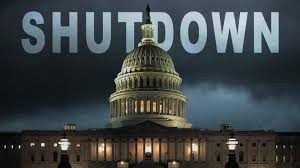 Yet, due to the government shutdown, answers aren’t likely to come in time for at least the beginning of the 2019 filing season.

About 70,000 IRS employees – roughly 88% of the workforce — have been furloughed. In preparation for the upcoming filing season, the Trump Administration has announced that it is planning to recall a significant portion of the IRS workforce without pay. With this recall, the IRS is expecting to only be able to answer 60 to 70 percent of phone calls. This has also created a lack of training for the IRS employees regarding the Tax Cuts and Jobs Act as employees have been furloughed during crucial times for the IRS. It is unsure whether the IRS will be able to actually provide answers to those searching for tax assistance.

To top it off, the National Treasury Employees Union has filed a lawsuit alleging the administration is violating the Fair Labor Standards Act (FLSA) by requiring federal employees to work without pay during the partial government shutdown. 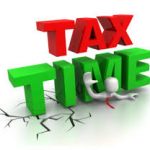 This includes the IRS employees that are being recalled to assist with the upcoming tax filing season.

Regardless, the IRS will be open the individual filing season on January 28, 2019 and, as of the date of this post, have announced that all deadlines will remain the same, and refunds will be processed.