Charitable Bequests: Which State Gives the Most?

While it is true that fewer taxpayers will be subject to the estate tax, there are many other reasons why estate planning remains important. One example is charitable giving. 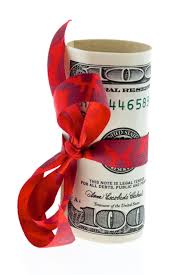 To see these statistics as well as prior year statistics on charitable bequests by state of residence, click here. To find additional statistics relating to other areas of the tax system, visit the IRS website.

The IRS has announced that it will issue estate tax closing letters only on request for estate tax returns filed on or after June 1, 2015.

Prior to this change, CPAs and clients anxiously awaited the closing letter for filed estate tax returns. A very large portion of returns are audited. Receiving the closing letter meant that the IRS had accepted the return (Form 706, United States Estate Tax Return) as filed and it would not be audited.

The IRS recommends waiting at least four months after filing your Form 706 return before requesting a closing letter.

If you filed your estate tax return before June 1, 2015, the IRS will continue its policy of issuing closing letters provided the return is accepted as filed and has no other errors or special circumstances. Expect to wait four to six months to receive the letter.

The filing threshold simply means the gross value of the estate. Those numbers are indexed for inflation and are as follows:

A portability election allows a deceased spouse to transfer the estate’s unused exclusion amount to the surviving spouse.

The IRS gives a great deal of attention to the estate tax return when a portability election is made, so the election must be made properly.

If you have any questions about estate tax closing letters, please contact your CPA. ■

The estate tax law generally provides that an executor may elect to value farmland considering its actual use, rather than its highest and best use, if certain conditions are met.

The Tax Court determined in a recent case (Brett Van Alen v. Commissioner, TC Memo 2013-235, Oct. 21, 2013) that two beneficiaries of a trust that sold an easement in farmland specially valued in their father’s estate were bound by a duty of consistency to use the special-use value as their tax basis for calculating their gain on the sale.

In 1994, Joseph Van Alen died. His will created a testamentary trust for the benefit of two of his children. Property going into the trust included Van Alen’s interest in a ranch, which had a fair market value of $1.963 million at the date of his death.

In 2007, the California Rangeland Trust bought a conservation easement on the ranch, paying the testamentary trust $910,000 as its share of the proceeds. A series of returns and amended returns eventually led to a beneficiary claiming a gain of less than $25,000 from his 50 percent share of the trust’s gain.

Both the IRS and the Van Alen children agreed that the trust received $910,000 in proceeds from the sale of the easement. However, they disagreed on the amount of capital gain the siblings should report from those proceeds.

They asked the court to redetermine the special-use valuation, not to increase their father’s taxable estate, but only to recalculate the trust’s tax basis in the ranch interest.

The court noted that both the IRS and the children agreed that Van Alen’s estate met all the requirements to elect the special-use valuation. It also noted that, when special use is elected, the tax basis of the property is its special-use value. After accounting for trust-level deductions and the distributions made by the trust to its beneficiaries, that basis would result in a long-term capital gain of nearly $360,000 to each of the children.

The court said that, if it allowed the children to revise the special-use election, it would be allowing them to whipsaw, or defeat in two ways, the IRS. The estate could escape the burden of an additional estate tax because the statute of limitations had expired. Meanwhile, the trust – and the children as its sole beneficiaries – would be given additional tax basis to offset amounts realized from the conservation easement sale, as well as future sales of the ranch interest.

The court found that the duty of consistency required the children to use the reported special-use value as their tax basis. In addition, the children were liable for the negligence and substantial understatement penalties.