It is no secret that the majority of our friends and family are on social media. But small business is taking on an expanded roll into the usually social environment. “Friend me”, “Follow me” or “Find me on LinkedIn” are the new aged business card exchange. Gone are the days of stacks of business cards on young professional’s desk, now we share LinkedIn profiles for contact information. Here are a few statistics about the power of social media in 2018: 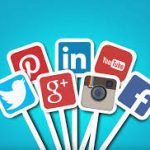 There are few other platforms that you can reach such a wide array of potential clients with relatively cheap advertising.

These stats show the power that social media has become in the marketing and business development world. Social media is the most likely place that your potential clients, employees, and business partners are going to hear about you. Now is the time to utilize the platforms at hand to gain an edge on your competition.

The Merriam-Webster defines a blog as “a Web site that contains an online personal journal with reflections, comments, and often hyperlinks provided by the writer; also: the contents of such a site”.

So is the reason for blogging to potentially reach 2 billion internet users?

Blogs can take a personal or professional approach.  Topics can include almost anything including politics, pets, comics, etc. or it can offer informative information.  Businesses can use blogs as a communication platform to interact with their clients and prospective or potential clients.

So, how about it? Facebook, Foursquare, Twitter. Do you use any of them? Do you post pictures and check-in when you visit places? While your intent may be to keep your friends and family in the loop (even when we don’t want to know), other parties may be interested too. Raytheon, a Massachusetts-based defense contractor, has been developing software that pieces together a “snapshot” of a person’s life using data obtained from social networking sites.

Information about this software known as Riot, or Rapid Information Overlay Technology, was recently uncovered and reported by The Guardian (including a video of the software in use) and has sparked commentary and concern from different places.

At first glance, the software doesn’t sound that interesting. It’s picking up freely available information that we voluntarily shared. If we don’t want people knowing where we are, we should stop posting where we are. Sounds simple enough. (You may or may not know, however, that pictures are now often embedded with your latitude and longitude along with other information in its Exif data.) So then, is not using social media really the answer?

As The Guardian’s article points out, the Riot software “demonstrates how the same social networks that helped propel the Arab Spring revolutions can be transformed into a ‘Google for spies’ and tapped as a means of monitoring or control.” Social networks aren’t necessarily just frivolous time wasters and places to repost pictures of cats. They can help people organize and connect in order to produce meaningful results. Not using social networks may not be the right answer.

While many of the comments made on The Guardian’s website about the article dismissed the reporting and called it sensational, I believe they are missing the point. Data mining from public websites is legal in most countries, but this data collection does not have any oversight or regulation. The Electronic Privacy Information Center’s Ginger McCall emphasizes this to The Guardian: “Social networking sites are often not transparent about what information is shared and how it is shared. Users may be posting information that they believe will be viewed only by their friends, but instead, it is being viewed by government officials or pulled in by data collection services like the Riot search.” Data collection is inevitable, but it would be nice to have more transparency about who’s collecting it and when our data is “open” to everyone. For now, though, maybe give some pause to your next social media post or check-in and remember that “everyone” may be able to see it.