Do you have a large capital gain and don’t want to pay tax on this income immediately? Investing in an opportunity zone can be advantageous and the Reno CPAs at Barnard Vogler & Co. can help you with this process. 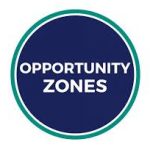 An opportunity zone is a designated area that has been certified by the U.S. Treasury Department as a low-income community that could benefit from private investment. A map to these areas in Nevada can be found at http://www.diversifynevada.com/programs/opportunity-zones/. An investor can go through a certification process by filing Form 8996 if they own property within this zone that they are planning to develop. An investor can also roll the proceeds of their capital gain, whether stock, business property, or property in California into a corporation or partnership that has already been certified, has property in an opportunity zone anywhere in the country, and is seeking private capital.

The mechanics of the gain and tax deferral are quite simple. If you have a capital gain then these are ordinarily taxed at 15% to 23.8%. If you put any portion of these gains into an eligible opportunity zone investment within 180 days, then the tax is deferred until December 31, 2026 at which time 85% of the deferred gain’s tax is due. If the investment is continued to be held after this date then the remaining gain is not taxable. This is a huge benefit as long as you have cash to pay the 85% of the tax on the original gain in 2026. Do you have any other questions on potential pitfalls or fine print of opportunity zone investments?

If you have something called qualified dividend income, it receives special tax treatment.

Qualified dividend income is defined as dividends received during the tax year from a domestic corporation or a qualified foreign corporation. It is taxed at the lower preferential capital gains tax rates.

However, if the corporation’s dividends meet the criteria for qualified dividend income treatment, the lower preferential tax rates apply, as shown in the table below:

These rates are applicable for individuals, estates and trusts.

Investments in tax-deferred retirement vehicles such as a regular IRAs, 401(k)s and deferred annuities do not receive any benefit from the preferential rate reduction.

Distributions from these accounts are taxed at ordinary income tax rates even if the funds represent dividends paid on the stocks held in these accounts.

There is a 60-day holding period requirement to qualify for the preferential qualified dividends rate. You have to hold a stock at least 60 days within a 121-day period, which begins 60 days before the ex-dividend date and ends 60 days after.

The ex-dividend date is the day after the date of record, which is the date on which all shareholders who own a particular stock will receive a dividend for that period of time.

Obviously, following the rules and qualifying for the preferential qualified dividends rate can result in a substantial tax savings. ■

In today’s low yield environment, where a five year CD yields 1.5%, publicly traded partnerships (PTPs) have been proliferating. These are companies, usually associated with oil and gas, that are required to distribute their “distributable cash flow” and avoid the double taxation that is inherent to corporations.

They usually have yields in excess of 5% with the biggest names in the sector such as Kinder Morgan yielding 6.8%, Energy Transfer Partners 6.7%, Linn Energy 9.4%, and Enbridge Energy Partners 6.6%, just to use a few as examples.

So what is the downfall of these high yields? – Cost. Owners of these PTP’s, no matter how small, receive a K1 for their share of the earnings. Having multiple K1s creates an inordinate of time for tax preparation. On these K1s there is usually ordinary income, interest, capital gains and losses, intangible drilling costs, and alternative minimum tax items that CPA’s have to contend with. And these are just some of the pass-through items.

Recently, Kinder Morgan decided to do away with their complex PTP and combine with their general partner to create a regular C Corporation. They did this to make a simpler structure and reduce their borrowing costs.

This disclosure made their stock go up almost 20% in a day. But wait, there is a caveat. Upon this conversion, all holders of KMP units that are to be converted into this new company will have to pay capital gains taxes. This can be a complicated calculation with the distributions received over many years that weren’t taxable combined with income or losses that have accrued that may or may not have been deductible.

For PTPs, as with any investment decision, it is important to weigh the tax consequences and costs.

This is an area where CPAs can come in handy; we aren’t here just for April 15!

The Tax Court has concluded that a taxpayer who sold his primary residence and excluded gain, then reacquired it after the buyers defaulted, had to recognize long-term capital gain on the reacquisition, including amounts previously excluded.

In 2006, Marvin Debough sold his personal residence, which he had owned for 40 years. Under the terms of the sales contract, the buyers were to make installment payments until July 2009, at which time the remaining balance would become due and payable.

Subsequently, the buyers failed to comply with the terms of the contract, and Debough ultimately reacquired the property in 2009. After some debate, both Debough and the IRS agreed on the basis of the property sold that he had gain to recognize as a result of reacquiring the property. They disagreed as to the amount.

The Tax Court agreed with the IRS. In addition to agreeing with the IRS’s technical reasoning, the court found that there was “nothing unfair” in taxing the income since Debough was actually in a better position than he was before the sale, having both ownership of the property and $505,000 in cash (Marvin E, Debough v. Commissioner, 142 TC No. 17, May 19, 2014).

As you think about year-end tax planning, keep in mind that beginning in 2013, the top rate for long-term capital gains and qualified dividends was raised to 20 percent. If you are subject to the 3.8 percent surtax on net investment income, your effective top rate could be as high as 23.8 percent.

If you are in the 10 percent or 15 percent marginal tax bracket, the zero percent rate still applies.

If your capital losses exceed your capital gains, the amount of the excess loss that can be claimed as a deduction is generally the lesser of $3,000, or $1,500 if you are married filing separately. If your net capital loss is more that this limit, you can carry the loss forward to later years.

For tax purposes, it is usually advisable to hold capital assets for more than 12 months before disposing of them to avoid short-term capital gain status, unless market conditions indicate otherwise. However, if you are carrying capital losses forward from 2012, you may want to consider recognizing capital gains to the extent of the available carryover deduction.

In choosing which gains to recognize to offset capital losses for tax savings, preferably you should recognize short-term gains, if available, because otherwise they would be taxed at your ordinary income rate. Defer recognition of long-term gains in this situation since they are usually taxed at the lower long-term capital gains rate.

Carryover net capital losses from pre-2013 transactions are able to offset capital gains at the new higher rates without adjustment for the rate change.

When I advised my clients to complete their transactions in 2012, it was apparent that the effects of the actions our elected officials were going to take to avoid the “fiscal cliff” could only have a negative effect on taxes.

At the twelfth hour, Mitch McConnell, Republican Senate Minority Leader bypassed Nevada’s own Harry Reid and reached out to Vice President Joe Biden with whom he had worked with when Biden was in the Senate. They worked out a compromise that was passed in the Senate and the House on January 1.

How does this affect you?

Some of you may be breathing a sigh of relief that the tax rate increase will apply only to those taxpayers. However, the 3.8% healthcare tax on investment income will hit those of you with taxable over $250,000 married and $200,000 single (see my blog in November 2012 regarding the healthcare tax of 3.8%). Also, itemized deductions are phased out at $300,000 for joint filers and $250,000 for singles, effectively raising their taxes.

Interestingly, the bill does not say whether the $400K/$450,000 threshold refers to adjusted gross income (AGI) or taxable income. AGI doesn’t include subtractions for itemized deductions, while taxable income does. With so many phase-outs of itemized deductions for taxpayers in the higher brackets, this may not be of much consequence to most of these affected taxpayers.

The payroll tax holiday reducing payroll taxes and self-employment taxes by 2% is over.

The alternative minimum tax (AMT) still effectively eliminates many tax breaks for the higher income tax brackets. AMT was created in 1969 to ensure that wealthy taxpayers pay at least some minimum amount of federal income tax, regardless of deductions, credits or exemptions. In essence, it is a flat tax with two brackets, 26 percent and 28 percent. Under the new deal, Congress has finally created a permanent inflation “patch” that would allow millions to escape AMT. Without the patch, the AMT would have hit 31 million taxpayers this year, reaching deeply into the middle class.

What the bill did not include:

The bill only addressed the revenue side of the budget question and deferred action on the spending side for two months. Additionally, the agreement does not address any increase in the nation’s debt ceiling.

A strong economy depends upon predictable behavior and decision-making by the government. The competitive environment is unpredictable enough without our government making it more unpredictable. This has been lost on our elected officials much to the consternation of almost everyone: businessmen, employees, bankers, homeowners, and investors. Get ready for the budget and spending standoff two months from now.